Biometrics has been around for longer than you might think, it definitely caught me off guard with how long it had been around. Apparently, it can date back as far as the 1800s when being used for security and the like and it can even go back to 14th century China in regard to people recording fingerprints, though people believe that was purely for signatures.

The earliest form, that goes back to the 1800s comes from someone named Alphonse Bertillon, who was a police desk clerk. This man developed the first version of biometrics for recording down people’s information, it became known as Bertillonage. It was a form of anthropometry, which is the system that allows measurements of body part of humans to be used for identification. The system worked by taking very precise measurements of different markings that covered the body so, scars, birth marks, tattoos, anything that stood out was measured. While it was a good idea it was one that had its flaws. For example, if two people measured the same tattoo by hand the results that came out could be different.

There were many flaws with the Bertillonage method, one significant one was that if someone committed a crime before they had reached adulthood there would be no records taken as their body could still change and there was no way to record them other than trying to get a name. There was also an issue when identical twins were confused for one another. 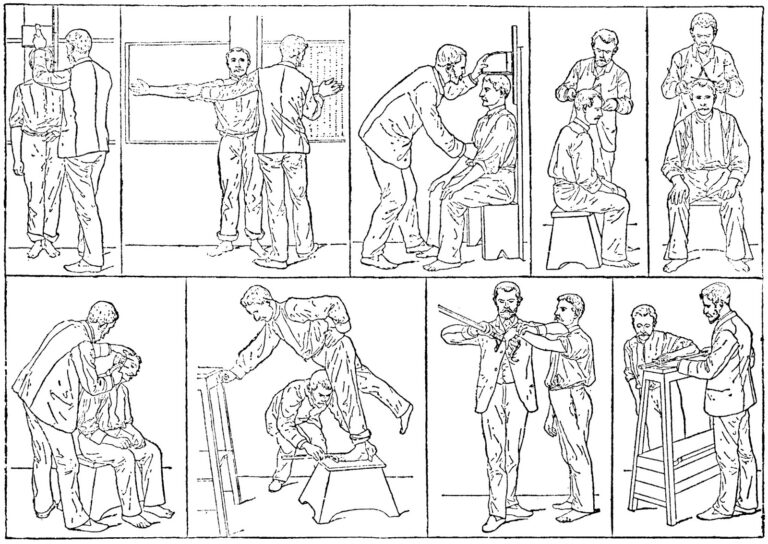 The Bertillonage method was quickly replaced once fingerprint identification started to become more popular. Fingerprints were first thought of back in the 1880s when a Dr. Henry Faulds saw fingerprints on pottery and then made the connection of using it as a form of identifying criminals. Someone who massively helped advance the field of fingerprints was Sir Francis Galton, who had access to Fauld’s research thanks to his uncle, Charles Darwin. Francis was able to find out that every fingerprint was unique, even when it came to identical twins, which the Bertillonage method had previously failed to do.

There’s much more to cover so we’ll come back to this topic on another day!

Favourite quote: “If at first you don’t succeed, then skydiving definitely isn’t for you.”