At the end of the last blog on this topic we spoke about fingerprints and how they changed the biometric landscape, so in this blog we’ll be talking about how they did that in more detail.

Once again it goes back in time a decent way, the first major use of systematic use of fingerprint identification started in the US at 1902. The New York Civil service commission started the practice of fingerprinting applicants to make sure that they couldn’t have more qualified people taking any of the tests for them. It only really moved to any kind of law and order in 1903 when the New York prison system started to use them as a way of identifying criminals.

When 1904 rolled around the system accelerated and was used by a much larger amount of prisons and some police stations even started official fingerprint bureaus. By 1921 congress acted and established an Identification Division within the FBI. 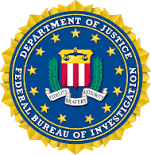 To start off with the Identification Division was established purely to keep track of the criminal side of things and provide the information to police forces across the nation. However, in 1933 the Civil Service Commission handed over the fingerprints of around 140,000 government employees, due to this a Civil Identification Section had to be established. Due to the large amount of civil record this section quickly outgrew the criminal side of things.

The lead technology when it comes to biometric fingerprint technology is the Integrated Automated Fingerprint Identification System, or the IAFIS as I will be referring to it now because that other name is much too long. The IAFIS is the national fingerprint and criminal history system maintained by the FBI. The IAFIS system only became fully operational in July 1999.

Favourite quote: “If at first you don’t succeed, then skydiving definitely isn’t for you.”